US President Joe Biden’s administration filed a motion?on Monday asking the US Supreme Court to cancel upcoming oral arguments for two appeals filed by former president Donald Trump concerning the southern border wall and the “remain in Mexico” asylum policy. The motion follows a proclamation issued by Biden on his first day in office?ordering a [...]

California resident John DeMarr was charged in a complaint unsealed Monday by the US Department of Justice for allegedly participating in a cryptocurrency and securities fraud scheme. The complaint, originally filed in the US District Court for the Eastern District of New York (EDNY) on January 29, charged DeMarr with one count of conspiracy to [...]

Social Networking site Twitter has restored various accounts, including the accounts of a news website, actor and various political leaders after, temporarily withholding them. These accounts had in the past week posted several messages supporting the farmers’ protests in India. As per the Twitter Rules and policies: Many countries, including the United States have laws [...]

The House Select Subcommittee on the Coronavirus Crisis on Monday launched an investigation into widespread COVID-19 infections and deaths in US meatpacking plants. Representative James Clyburn, Chairman of the Subcommittee, sent letters to the Occupational Safety and Health Administration (OSHA), Tyson Foods, Smithfield Foods and JBS USA. The letter to OSHA claims that under the [...]

South Sudan’s cabinet on Friday?authorized?the minister of justice and constitutional affairs to begin the process of establishing a hybrid court and other institutions set out in the 2018 peace deal. South Sudan descended into civil conflict nearly three years after gaining independence in 2011. The government, led by President Salva Kiir Mayardit, was pitted against [...]

Russian authorities on Sunday detained at least 5,754 people in 87 cities across the country after tens of thousands of protesters took to the streets to call for the release of Alexei Navalny for the second weekend in a row. Navalny was arrested and imprisoned immediately upon returning to Moscow from Germany earlier this month, [...]

It has been almost 12 years since the civil war in Sri Lanka came to an end after the defeat of the Liberation Tigers of Tamil Eelam (LTTE). Since 2009, there has been a concerted effort to hold perpetrators accountable for the mass killings against Tamil citizens, there has also been a governmental committee set [...]

Bar Council of India (BCI) filed an application before the Hon’ble Supreme Court of India to make the three years of practice at the Bar mandatory for all those who want to apply for the judicial services examinations, as the judicial officers who do not have practicing experience are incapable to handle the matters and [...] 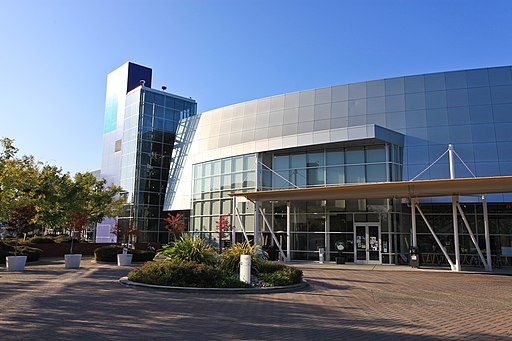 The US Department of Labor (DOL) on Monday announced it has reached an agreement with Google LLC to settle claims of “systemic compensation and hiring discrimination” at the tech giant’s California and Washington campuses. Google will pay over $3.8 million to nearly 6,000 current employees and job candidates. Following routine compliance evaluations at Google facilities [...]

Twelve Australian media companies pleaded guilty in the Supreme Court of Victoria Monday to contempt of court for breaching a gag order imposed by the County Court of Victoria preventing Cardinal George Pell from being named in the country as a convicted child sex offender until February of 2019. The guilty pleas are part of [...]

20th Amendment to the US Constitution ratified

On February 6, 1933, the 20th Amendment to the US Constitution was ratified by the requisite majority of states, moving the start of presidential, vice-presidential and congressional terms from March to January in an effort to shorten the problematic "lame duck" period.

Learn more about the 20th Amendment.